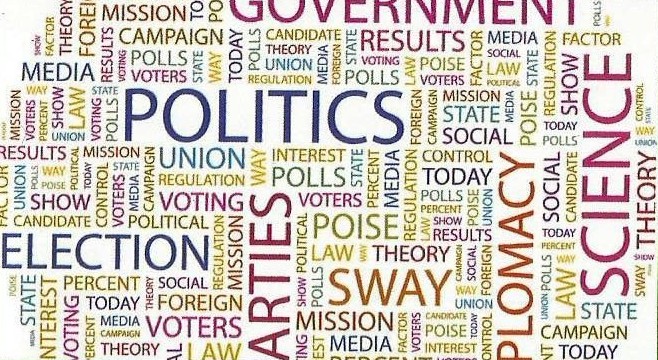 History of The Department

The Department of Political Science is one of the oldest departments of Jagannath University, Dhaka, Bangladesh. Jagannath University has been established as per “Act No. 28 of 2005” passed in the eighth Parliament, Bangladesh Jatiya Sangsad on 27 September, 2005. The faculty members of political science department, had joined after facing fresh recruitment process since 2008. However, the teachers of former Jagannath College, who had been working as faculty members of the department were finally transferred by the Ministry of Education in 2011. So, in that real sense, even though, the University had started functioning formally in 2006, its actual functioning started after that year (i.e.2011/2013). Accordingly, Jagannath University is a young university of only 6/7 years old. It may be mentioned that the education of former Jagannath College was conducted in terms of ‘annual system’. On the other hand, since its formal journey as public university, Jagannath University has been following ‘semester system’ of education.

However, the institution has a chequered history. What was once established as Dhaka Brahmo School in 1858, became Jagannath School after 14 years in 1872, then after 12 more years it turned into a second grade college in 1884. Later on, the school section was separated in 1887, only to establish present K.L Jubilee School nearer to Sadarghat river port, Dhaka. Even after became separated from school section the institution had to make a long journey to become a renowned college of the subcontinent.

On the other hand, the institution had a close link with Bengal Renaissance. The seeds of present Jagannath University had been sown by the followers of Brahmo Samaj, when they established Dhaka Brahmo School after the (1857’s) Sepoy Mutiny in 1867. It may be mentioned that the founders of Dhaka Brahmo School, Dinanath Sen, Prabhaticharan Roy, Anathbandhu Mallik and Brajasundar Mitra all were the followers of Brahmo Samaj. The Brahmo Samaj, the parallel socio-religious movement (during the era of Bengal Renaissance) had germinated during the time and banked upon many of the leaders of Bengal Renaissance amongst its followers.

The Bengal Renaissance of the nineteenth and early twentieth centuries had been originated from ‘five fundamental influences’. They are, ‘the boost of British-Bengali commerce, the introduction of English education, British Orientalism, Christianity and perhaps above all, how the Bengali intellectuals themselves responded to these influences.’ During those times the region (united Bengal) was the pinnacle of culture and heritage, with maximum writers and fighters being bred from Bengal.

The nineteenth century became the high point of British-Indian mutual reciprocation, especially within Bengal. At this point of time some enlightened persons had established the then Dhaka Brahmo School, which has become Jagannath University in course of time. Historians denote this era as the Bengal Renaissance, a period of passionate cultural and technological advancement, as well as a time of great social, cultural and political metamorphosis.

However, we found that before turning into a public university, the institution had been providing different levels of education for more than 150 years to the people of this land, which was once known as East Bengal, later on East Pakistan and finally independent Bangladesh. Nevertheless, it could be argued that ‘the roots of independence in this part of the world can be traced back to the Bengal Renaissance’. Like the establishment of Dhaka Brahmo School and Jagannath College, consciousness of some advanced persons and the necessity for higher education had been the motor to enact Jagannath Universit Act, 2005 in independent Bangladesh. The act begins with following statement,

With a view to keep up consistency and to attain uniformity (in different areas) with the forward-moving world and to create scope and expansion of higher education, research, cultivation of knowledge and teaching-learning, it was appropriate and necessary to transform Government Jagannath College and establish a university on the campus of the said college and in the name of Jagannath University.[1]

The act also prescribed semester system for the education and examination of the     University. According to Article 43 of Jagannath University Act, 2005